A Great Cause to Support This Saturday in Southern Arizona 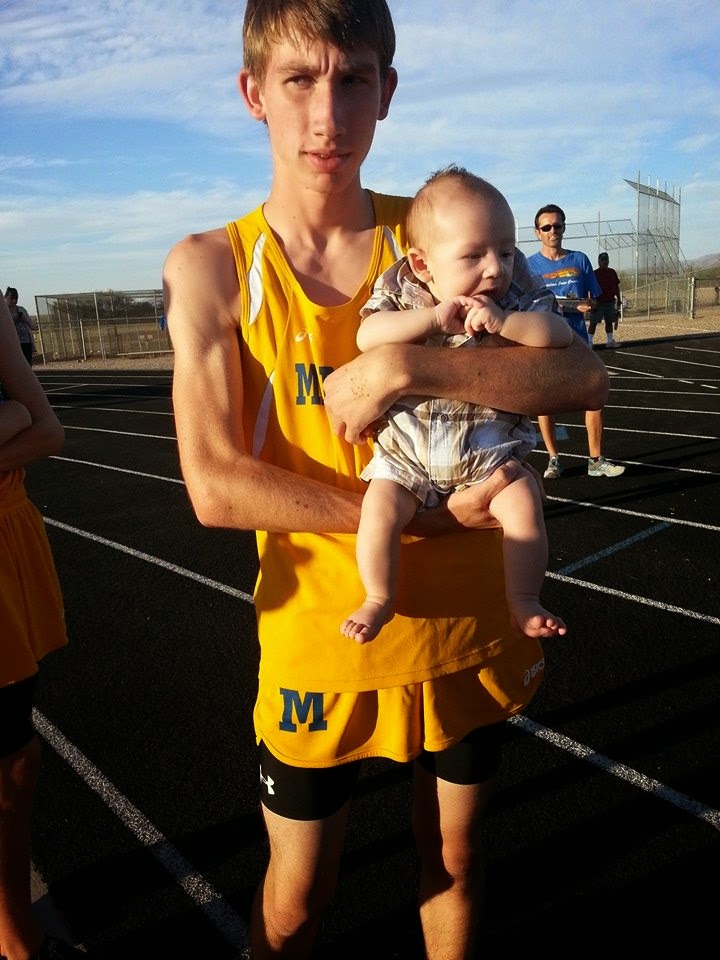 My son's Eagle Scout project/ Diaper Dash 5K 2014 will take place this Saturday, May 3rd. Bring a package or more of unopened diapers to run, walk, or crawl this family friendly 5K in Marana. A pack or more of donated diapers and a signed waiver form enters you into the prize drawing at the end of the race/walk. Prizes include $100 Target Gift Card from United Financial Center, a FREE full tint good for a small 4 door sedan from A Cut Above Auto Glass & Tint (Valued $120), Certificate for 1 month of unlimited jump time at AZ Air Time, $50 Gift Card to your choice of either Olive Garden or Red Lobster, $50 Gift Certificate to Bookmans, QT Gift Cards, dinners for 2 from Chuy's, Texas Roadhouse, and Cracker Barrel, and much much more. We have over 50 prizes with more coming in each day. Two Men and a Truck will be there to transport diapers to the Diaper Bank. There are drop off locations all around the Tucson area for those who can't make it but would still like to help.

Tucson, AZ, [April 21,2014] The prize at the end of the May 3 finish line at the Diaper Dash 5K at Gladden Farms Park in Marana will be diapers, lots of diapers for thousands for Southern Arizonans in need. The benefit for the Diaper Bank of Southern Arizona is the brainchild of Devan Ashcraft, who wanted to do something different for his Eagle Scout project. Devan and his parents took his idea to the Town of Marana and got approval to put together the town’s first Diaper Dash: Run, Walk, Crawl.

"I am hoping that enough people will bring diapers to help meet the huge need in Southern Arizona,” said Devan Ashcraft, he noted that even if people didn’t want to participate in the Dash, he hopes they will still bring diapers. He became aware of how expensive diapers were after his little brother was born and started to wonder how low-income families were able to obtain the diapers and baby supplies they needed for their infants. As he pondered what he could do for his Eagle Scout project these struggling families returned to his mind.

Having participated in benefit runs for the Marana Food Bank, this varsity cross country and track runner, decided that a 5K Diaper Dash would be the answer. With the help of fellow scouts and leaders from Troop 223 and members of his congregation of The Church Jesus Christ of Latter-day Saints, the Marana High School freshmen said he hopes this will be a huge success and become an annual event. Registration for the Diaper Dash 5K is from 6:30 a.m. to 7:30 a.m. Saturday, May 3 and the race starts at 8 a.m. at Gladden Farms Community Park, 12250 North Tangerine Road, Marana.

Cost of registration is one or more unopened packages of diapers, particularly in sizes 4, 5, 6, 3T, 4T and adult incontinence pull-up and briefs. Diaper need is a very real social ill that causes physical and emotional problems, including shame and guilt for parents and severe diaper rash and urinary tract infections for babies left in diapers too long. Presently 1 of 3 American mothers report not having an adequate supply of diapers, 48 percent of families report leaving babies in soiled diapers for extended periods of time and 33 percent report reusing soiled diapers. The average cost per child per month is $100 for an adequate supply of diapers. Families report often choosing between buying food and buying diapers.

The Diaper Bank of Southern Arizona distributed almost 650,000 diapers and incontinence supplies through its 50 plus partner agencies last year, however, the need is closer to 1.5 million annually throughout Southern Arizona. To find out more about the Diaper Bank and where to drop off diapers all year long visit www.diaperbank.org If you would like more information about this topic, please email Stephanie Ashcraft at ashcraftsteph@yahoo.com.
Posted by Stephanie at 4:50 PM No comments:

Order My Books Through Amazon

See all 14 of my books on Amazon. FREE Shipping for orders over $25.

My Cookbooks Can Be Used For School Fundraisers.

Not valid for existing Diapers.com, Soap.com or BeautyBar.com customers. Some restrictions apply.

Click on LivingSocial logo to find the deal for your city!

Click on the Plum District logo to see the online deal of the day!

CityDeals: Multiple 50-80% off deals EVERY DAY

Print Coupons From My Site

Earn Money Back while shopping online

Thank you for visiting Savvy Savings Tucson. I am always looking for great stores to feature in our area. If you find a great deal online or in the Tucson area and would like to share it with others, please leave a comment or email me!

I post deals as I find them. Prices and promotions are subject to change at any time and without notice. Sometimes the information I receive isn't accurate, although I try to check every deal. And sometimes I make mistakes. It is always wise to call first to see if a bargain is still available.

Beats Travelocity and Expedia's Prices over 68% of the time. FREE Sign Up as a Preferred Customer!